The Best Horror Movies on Netflix 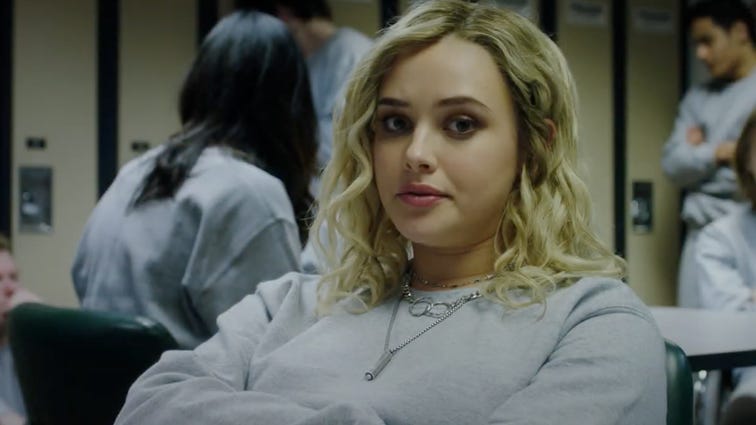 Netflix has such an impressive range of horror movies that this introduction is going to be a list of the titles that didn’t make the main recommendations. Try The Rental (2020), directed by Dave Franco and starring Alison Brie, black comedy horror The Trip (2021), psychological thriller Coming Home in the Dark (2021), Mike Flanagan’s Hush (2016), the Fear Street Trilogy (2021), supernatural Western The Wind (2018), Spanish supernatural horror Veronica (2017) and South Korean zombie horror #Alive (2020).

Scroll down for the best horror movies (with 70 or higher Metacritic scores) currently on Netflix. Note that some of these are incredibly dark and should be approached with ample caution.

This coming-of-age black comedy contains surprisingly visceral pops of gore. Spontaneous follows Mara (Katherine Langford) and Dylan (Charlie Plummer), two teens who fall in love amid a terrifying ordeal: Their classmates begin exploding spontaneously, one by one, at any shocking moment. The inexplicable occurrences force the teens to put their worries about the future to one side and focus on living in and enjoying the moment. The high concept is handled logically and the romance never becomes cheesy. A clever, edgy and often funny excursion.

A warning: The Nightingale depicts extreme graphic scenes of violence and rape. With that in mind, proceed with this harrowing story and you’ll see an important slice of history rarely told on screen. The Nightingale follows a young female convict seeking revenge in the 1825 Australian bush. The second film from Jennifer Kent, who directed the mighty The Babadook, is a force to be reckoned with.

If you’re looking for further proof the Duplass brothers are actually evil, here’s an easy sell. Patrick Brice (also the director and co-writer) plays a videographer answering a Craigslist ad for Josef (Mark Duplass), who wants to make a movie for his supposed unborn child. I typically enjoy horror films that rely on performances to unnerve you, because they’re incredibly difficult to pull off. And I’ve got to give it to Mark Duplass. He is, in fact, super creepy.

Before the impeccable The Haunting of Hill House series, Mike Flanagan brought us this deft adaptation of Stephen King novel Gerald’s Game. Carla Gugino is immense as Jessie, a woman who goes on holiday with her husband at an isolated lake house in Alabama. When Jessie ends up handcuffed to the bed with no one to help her escape, it becomes a matter of both survival and escape. Another chapter of Flanagan’s melancholy-suffused horror that surges into quiet triumph for its haunted characters.

Two movies named The Call came out in 2020. Watch the South Korean one, a time travel thriller revolving around, yep, a phone call. Twenty-eight-year-old Seo-yeon finds a phone buried in a closet in her childhood home. It rings — and the caller, it turns out, is living in the same house 20 years earlier. Twists right up to the final moment, plus a wild cat-and-mouse chase that alters the past and present make this a must-watch.

Like a few other titles in this list, this superb psychological horror subtly doubles as an allegory for wider social themes, such as oppression. Set in 1980s Tehran, during a series of air raids known as the War of the Cities, it follows a mother and daughter haunted in their home by a mysterious evil. With echoes of The Babadook as well as its own fresh ideas, Under The Shadow is an excellent horror entry.

One of the more successful Stephen King adaptations, this horror drama based on the novella 1922 is a slow-burn with a mesmerizing performance at its core. Thomas Jane, who you’ll also know from Boogie Nights and 2004’s The Punisher, gives one of his career best performances as the ever proud Wilfred James, a farmer who makes the totally wise decision to murder his wife with the help of their teenage son. The consequences are harrowing on multiple levels (if you don’t like rats, you really won’t like them after this).

Vampires vs. the Bronx is a unique comedy-horror in more ways than one. Set in the New York borough of the Bronx, it follows young Miguel Martinez, a big-hearted kid helping to raise money for his struggling local bodega. But it’s not just new designer clothing stores threatening to move in: Creepy pale neck-chompers are eating up people and their properties. A commentary on gentrification with goofy charm, twists and thrills, Vampires vs. the Bronx is a fresh, entertaining spin on the genre.

This taut thriller set in the remote Scottish Highlands is far from an idyllic getaway. Prepare for a full-on nerve-wringing nightmare that its protagonists are desperate to wake up from. Vaughn and Marcus set out on a lads’ weekend hunting trip, but after a night of drinking, they find themselves facing events they never could have planned for. Calibre lives up to its name, delivering a slick package of grim, gripping drama. Let the full force of this one wallop you.

The expertly-crafted horror film that quietly doubles as an allegory for STDs. You read that correctly: It Follows trains its lens on a supernatural entity that lives in the periphery, constantly pursuing its prey at a slow, zombie-like pace. Our heroine Jay (played by modern Scream Queen Maika Monroe) is trapped at the center of this anxiety pool, faced with a terrifying stalker. A modern classic, with a cracking John Carpenter-inspired original score.

Before Black Widow, Cate Shortland made her name directing excellent indie films, including The Berlin Syndrome. This psychological horror stars Teresa Palmer as Clare Havel, a young Australian who goes backpacking in Berlin, only to meet a man who holds her captive in his apartment. A cat-and-mouse game between captor and captive ensues. While it’s slower-paced at times in its confined setting, The Berlin Syndrome assuredly delivers a gripping thriller.

After viewing this film, you might just have a new favorite female director in Julia Ducournau. Raw follows Justine, a vegetarian in her first year of veterinary school, who caves to peer pressure, eats raw meat and winds up with a rash all over her body. The film tackles questions of identity in a viscerally powerful and symbolic way, and is a must-see from Netflix’s indie bench.

A horror that hits… close to home. Revealing its supernatural evils through a harrowing human story, His House follows Bol and Rial, a refugee couple from Sudan, who struggle to adapt to their new life in an English town. Don’t expect straightforward jump scares — His House plays into the psychological specters of the past, adding even more corridors of torment. A heartrending, powerful piece.

Haven’t caught what’s widely regarded as the best horror movie of all time? 1973’s The Exorcist stars Ellen Burstyn as Chris MacNeil, a well-off actress whose daughter becomes possessed by a demonic entity. Who they gonna call? A couple of Catholic priests to conduct an exorcism. The Exorcist was so good it became the first horror film to be nominated for the Best Picture Oscar.

From Netflix’s impressive stash of international films comes Spanish sci-fi horror The Platform. Its high-concept story centers on a tower that delivers food to people on each of its many levels via a platform. Those at the top score the best and most abundant spread, which is devoured as the platform lowers down the levels. Social commentary rings throughout this dystopian thriller, which takes shocking, occasionally gruesome turns all the way to the bottom.

Movies Coming in 2022 From Marvel, Netflix, DC and More 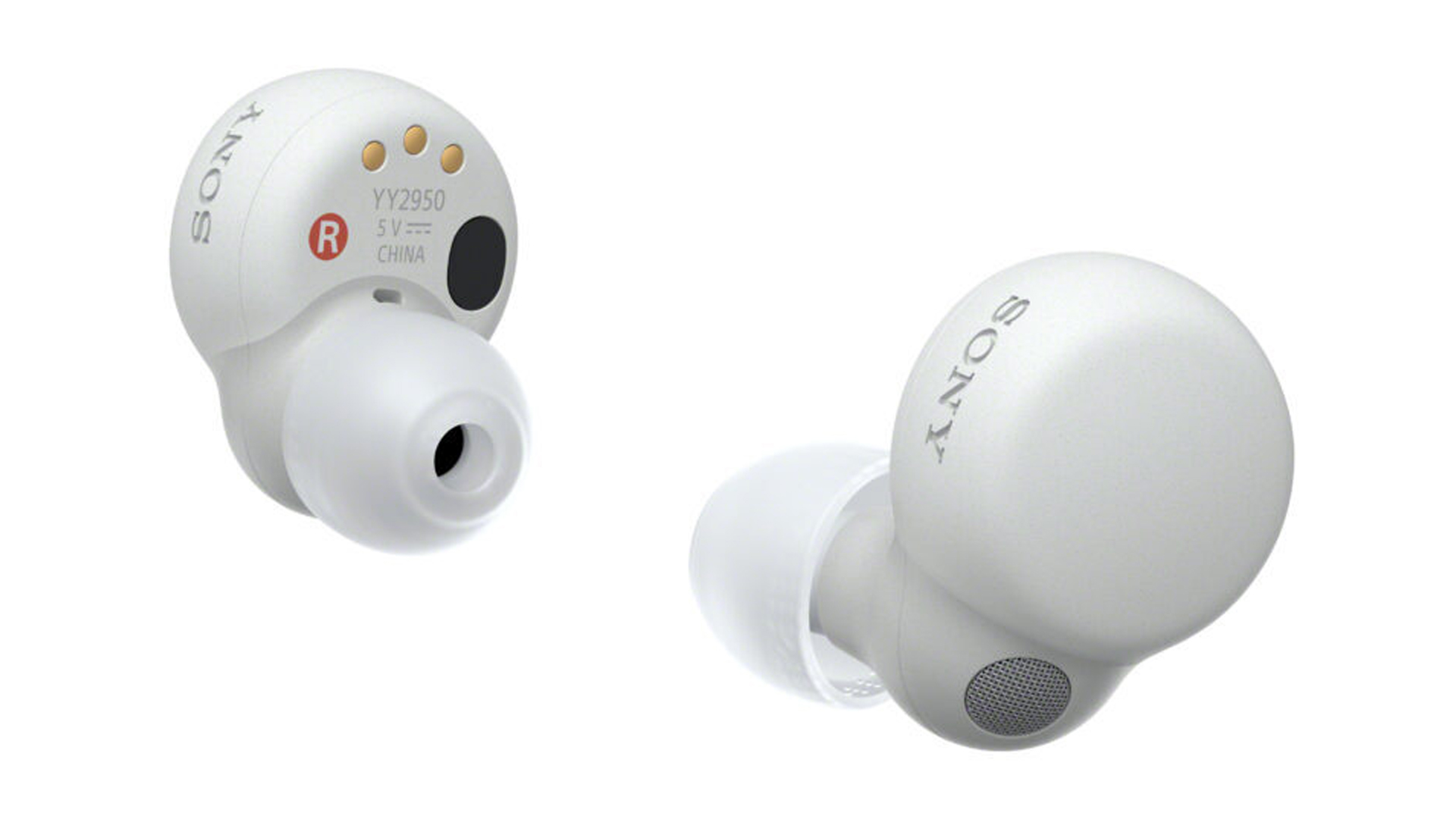 Sony LinkBuds S earbuds are pricey – but might be worth it

Underrated Batman villains that should be in Caped Crusader | Digital Trends

Honda shows off its first electric SUV, the Prologue | Engadget