Meet the Sony WH-1000XM5: the follow-up to the best headphones in the world 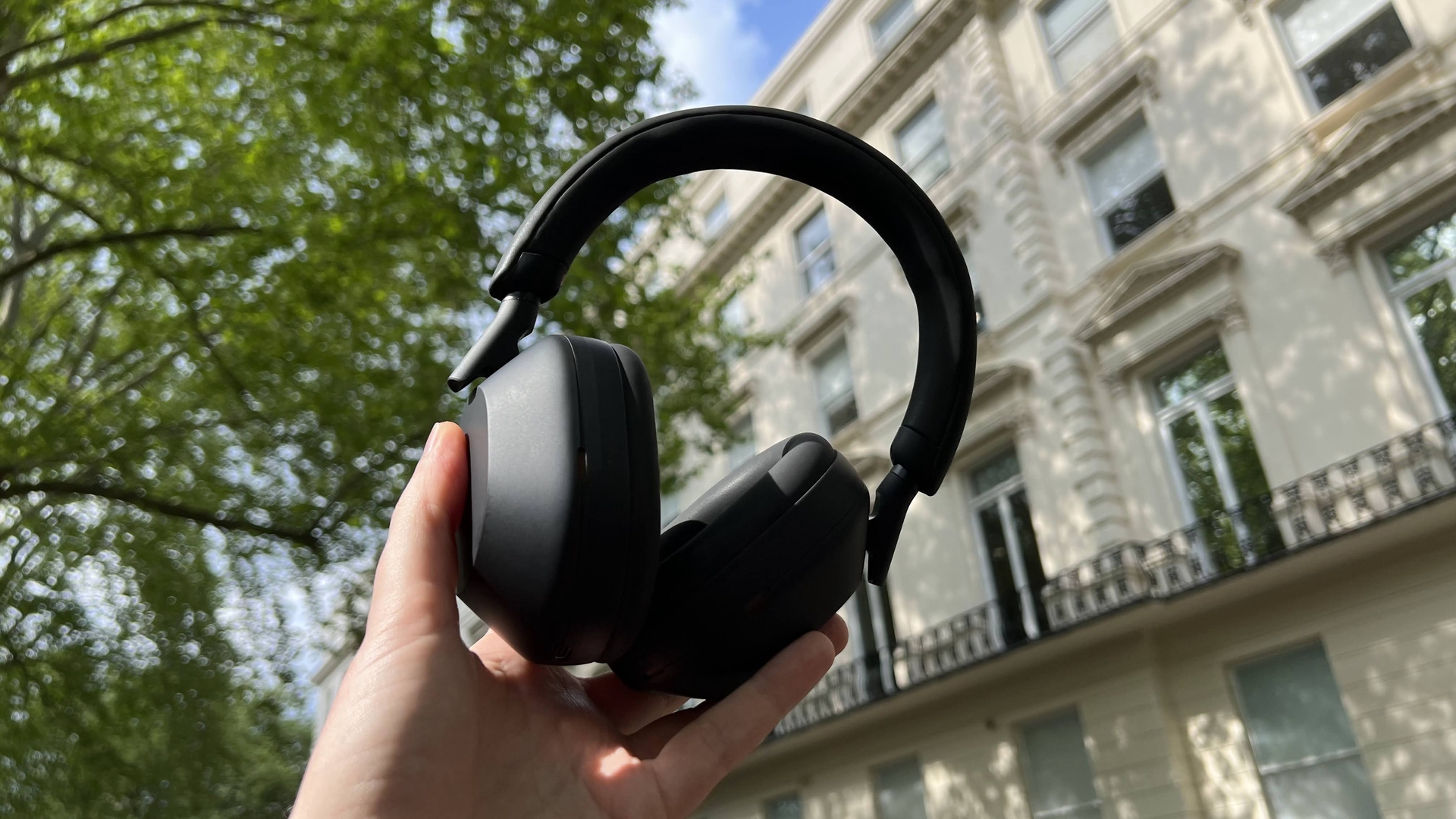 After weeks of speculation, Sony has finally lifted the lid on its latest pair of flagship over-ear headphones. The Sony WH-1000XM5 pick up where the excellent WH-1000XM4 wireless headphones left off, with the company making improvements to the active noise cancellation, design, and battery life.

In the past, Sony hasn’t given its flagship range of wireless headphones massive design overhauls – but the WH-1000XM5 look quite different from their predecessors. They’re much more streamlined, the headband is adjusted via seamless sliders, and the earcups and the points of articulation where the earcups meet the headband are less clunky. They’re still generously padded, so they should feel comfortable all day long.

Aside from the design changes, Sony seems to have given a big focus to the active noise cancellation technology, with two processors controlling eight microphones to reduce the mid-high frequency sound in your environment. This works in tandem with an Auto NC Optimizer, which adjusts the level of noise cancellation depending on your location – so you should be able to hear your music in relative peace whether you’re in a quiet cafe or a busy train.

As for the sound? Sony claims the WH-1000XM5 are “setting a whole new standard for high quality audio”. Inside the headphones are 30mm driver units, with a light and rigid dome made from a carbon fiber composite material. Apparently, this improves the high frequency sensitivity for a more natural sound.

It’s surprising that the drivers are actually smaller than the 40mm drivers inside the Sony WH-1000XM4 – perhaps Sony has found a way to replicate the powerful sound of larger drivers that can displace lots of air inside a smaller package. That would at least partly explain the new, sleeker look for the XM5 – but that’s not the only reason why.

The streamlined design of the XM5 apparently has a hand in improving the noise cancellation and call quality, by allowing gusts of wind to smoothly pass over the earcups. This means you should hear less wind while listening to music, and your voice should sound clearer on calls, with the latter being helped additionally by beamforming microphones and an AI noise reduction structure that can isolate your voice.

Hi-res audio support comes via Sony’s LDAC codec, while the company’s DSEE Extreme upscaling technology allows lower quality music files to be “restored to high range sound” in real time. We’ve never been 100% convinced that you can truly upscale low quality sources in this way, but we never had any issues with the way the Sony WH-1000XM4 sounded, which also used this technology. Like their predecessors, the XM5 support 360 Reality Audio, so you can experience virtual surround sound if you have a compatible device.

In fact, there are quite a few features carried over from the Sony WH-1000XM4. You’re still getting Adaptive Sound Control, Speak-To-Chat, multipoint pairing, Google Fast Pair, Quick Access for fast Spotify playback, and integration with the Sony Headphones Connect app. Saying that, there is one nifty new feature for 2022: you can now summon your device’s assistant using their wake words (‘Hey Google’ or ‘Alexa’, for instance).

The battery life has also seen a (minor) upgrade. While you’ll get the same amount of playback time when using ANC as you did with the WH-1000XM4 (30 hours), you’ll get 40 hours of battery if you turn this feature off. That’s an increase of two hours compared to the previous model – and while that might not sound like much, an improvement to an already-decent figure is always welcome.

We’ve been playing with the headphones for a few days now, so our full verdict, check out our Sony WH-1000XM5 wireless headphones review.

2 vulnerabilities with 9.8 severity ratings are under exploit. A 3rd looms